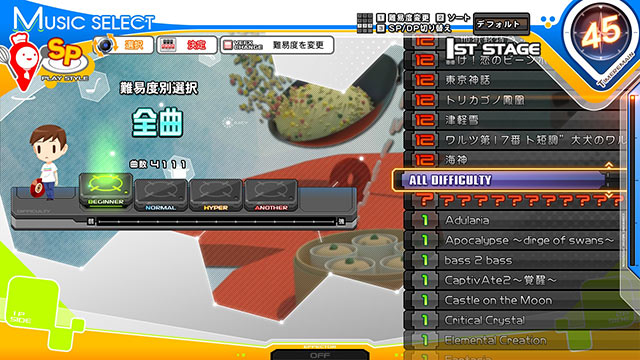 Use the turntable to scroll through the songs, and press one of the white keys to confirm (a single tap will immediately start the song!).

The song select screen is in a folder layout. Initially you’ll be in the “Beginners” folder which has easy charts for new players. If you want to play slightly harder songs, you can close the folder by pressing one of the black keys and scroll through other folders.

During the song: hi-speed

If you are familiar with other rhythm games, you may be wondering how to increase the scroll speed. 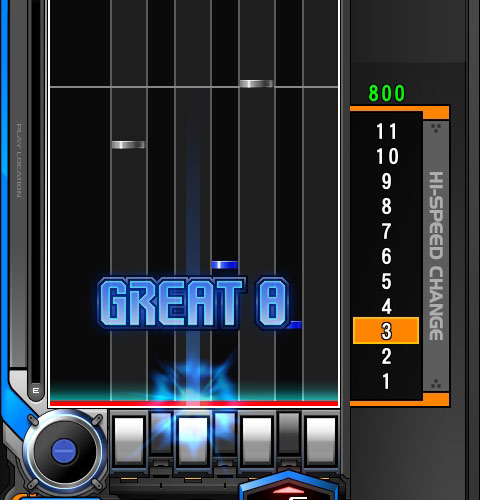 You can do this in the beginning (during a small break you get before the song starts), or during the song if you really need.