These are for 7key and 14key modes; other modes in beatoraja have different values. 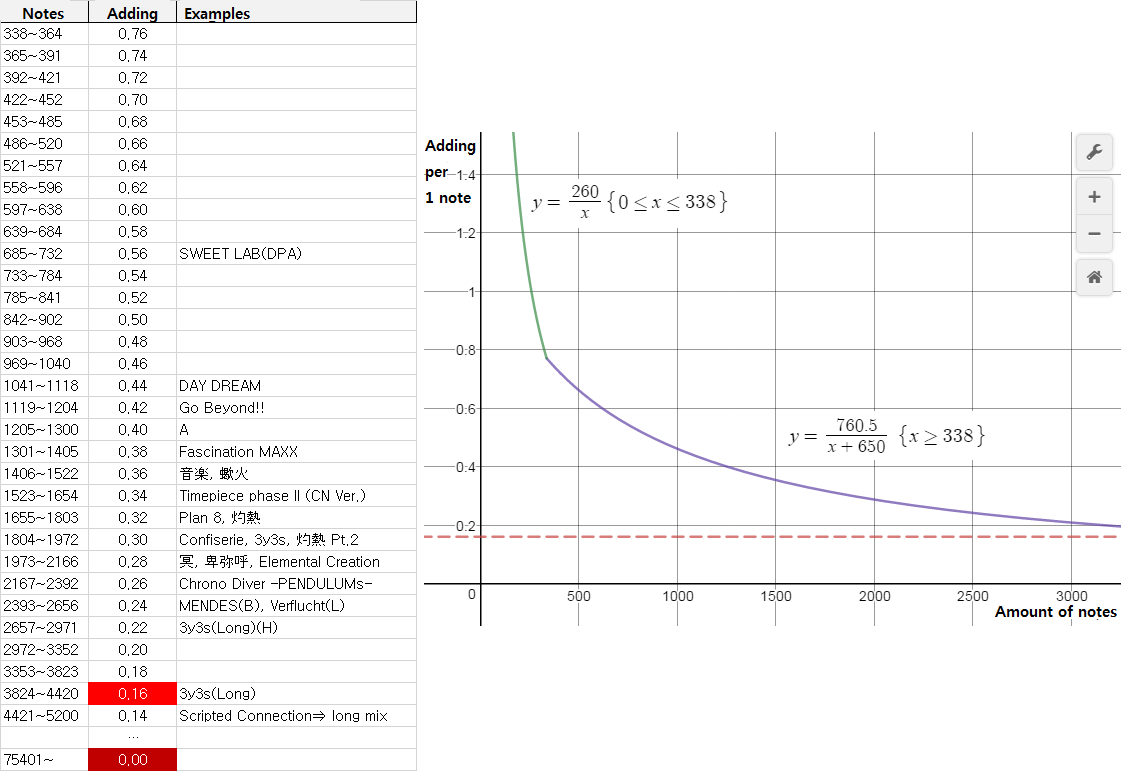 All units in milliseconds. Positive means before the note, negative is after the note.

Detailed rules for beatoraja (based on easy judge):

If you only care about EX-score, beatoraja is ever so slightly harder than LR2, since its PGREAT window is 2ms narrower while GREAT window is the same.

Excessive POORs work differently in LR2 and beatoraja, which can make a notable impact on life gauge.

If you are playing BMS DAN courses, the difference between LR2 and beatoraja is very minor, since the gauge calculation will follow LR2 algorithm in both cases. It’s difficult to make a 1:1 comparison, however; while beatoraja has a wider GOOD window, but excessive-poor calculation is stricter.

If you are playing difficulty tables, your experience will differ in beatoraja vs. LR2, since difficulty tables are rated using LR2 algorithm. Tables are usually rated on easy or normal gauge of LR2. Even if you ignore the differences in timing, no direct comparison can be made between LR2 groove gauge and beatoraja groove gauge, since their calculation methods are different. On survival gauges though, beatoraja tends to be easier than LR2 due to the penalty fall off in the lower part of the gauge.

If you like to use LR2 timing and gauge for everything, check out LR2oraja.