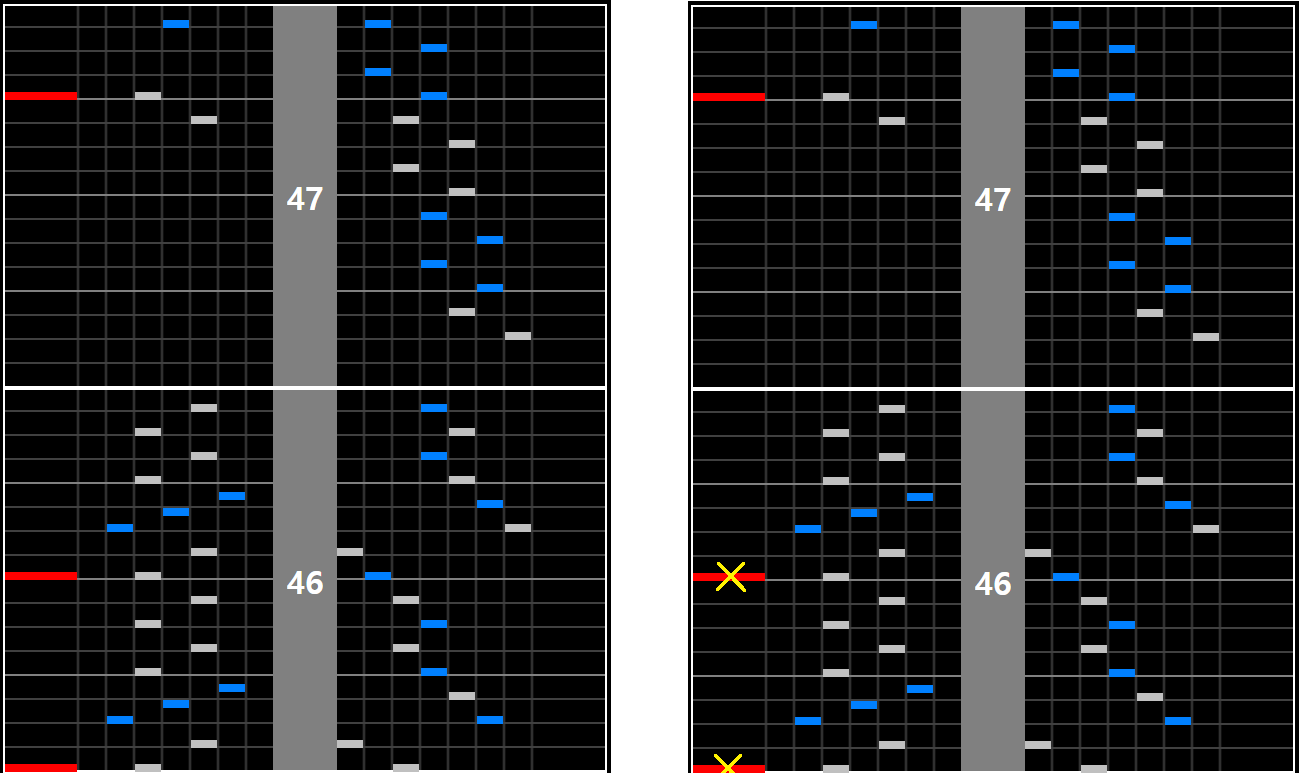 Ideally, you would hit all of the notes in the chart above. That being said, if you don’t have the confidence to do that, it may be a better to abandon a few scratches and focus on the others. 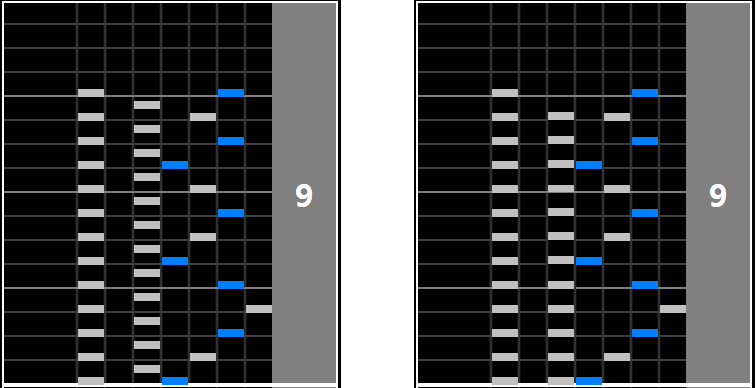 Anmitsu means to simplify patterns to make them easier to hit. It sacrifices timing but makes you clear songs easier by decreasing BP.

The concept of counter-anmitsu is to tear a chord apart and process them as separate notes.

This strategy makes you find out how to deal with impossible patterns.

Also, you can use both to simplify charts. 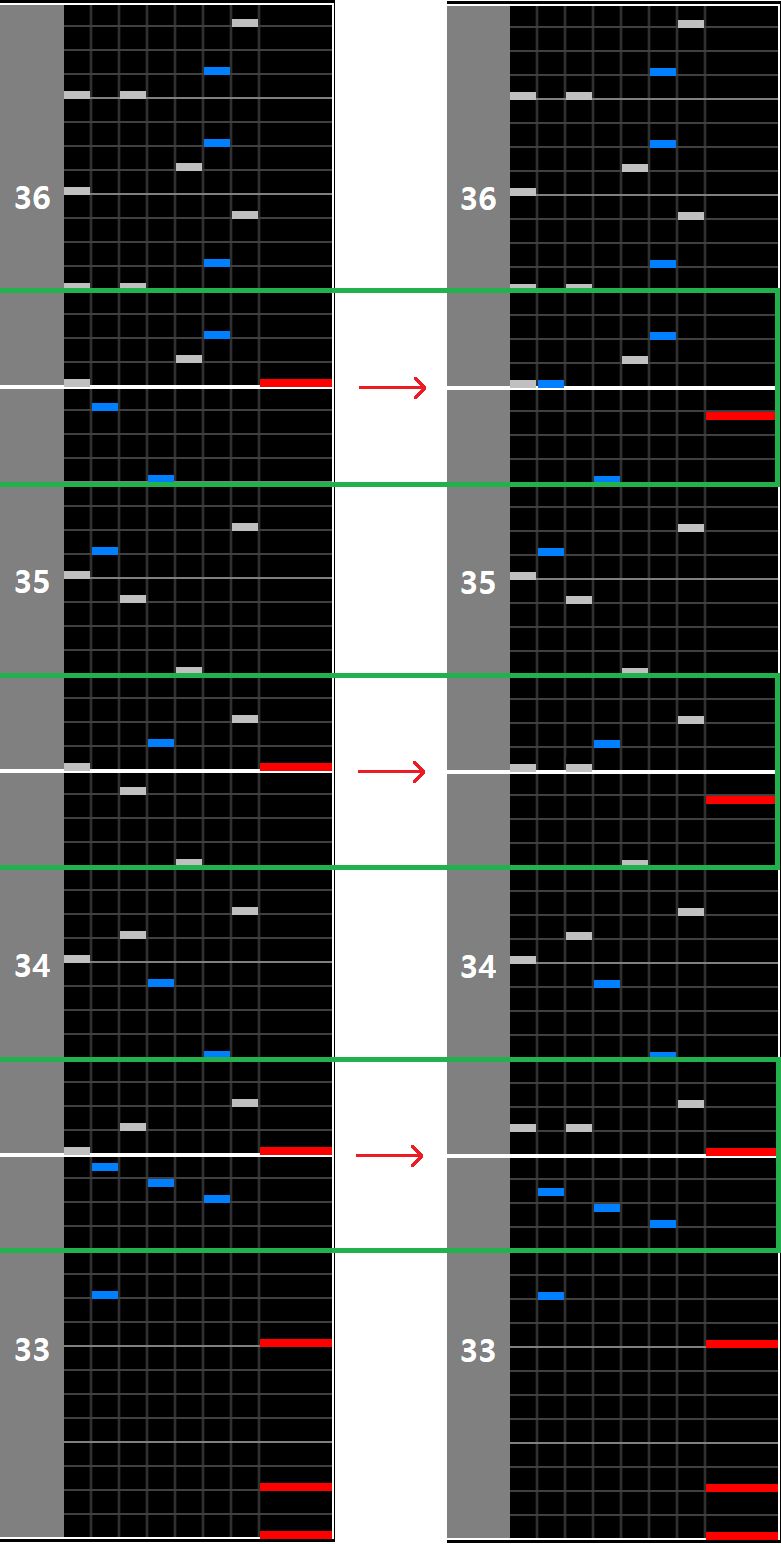 Above is a slow motion version of that segment.

Scratch with note nearby (adjacent scratch / near scratch)

You should move your entire hand to the turntable and return from it quickly when you deal with impossible patterns. If you know how to hit S+note combinations in SP, some patterns might be easier to handle (e.g., S+1+2+3 on 1P). 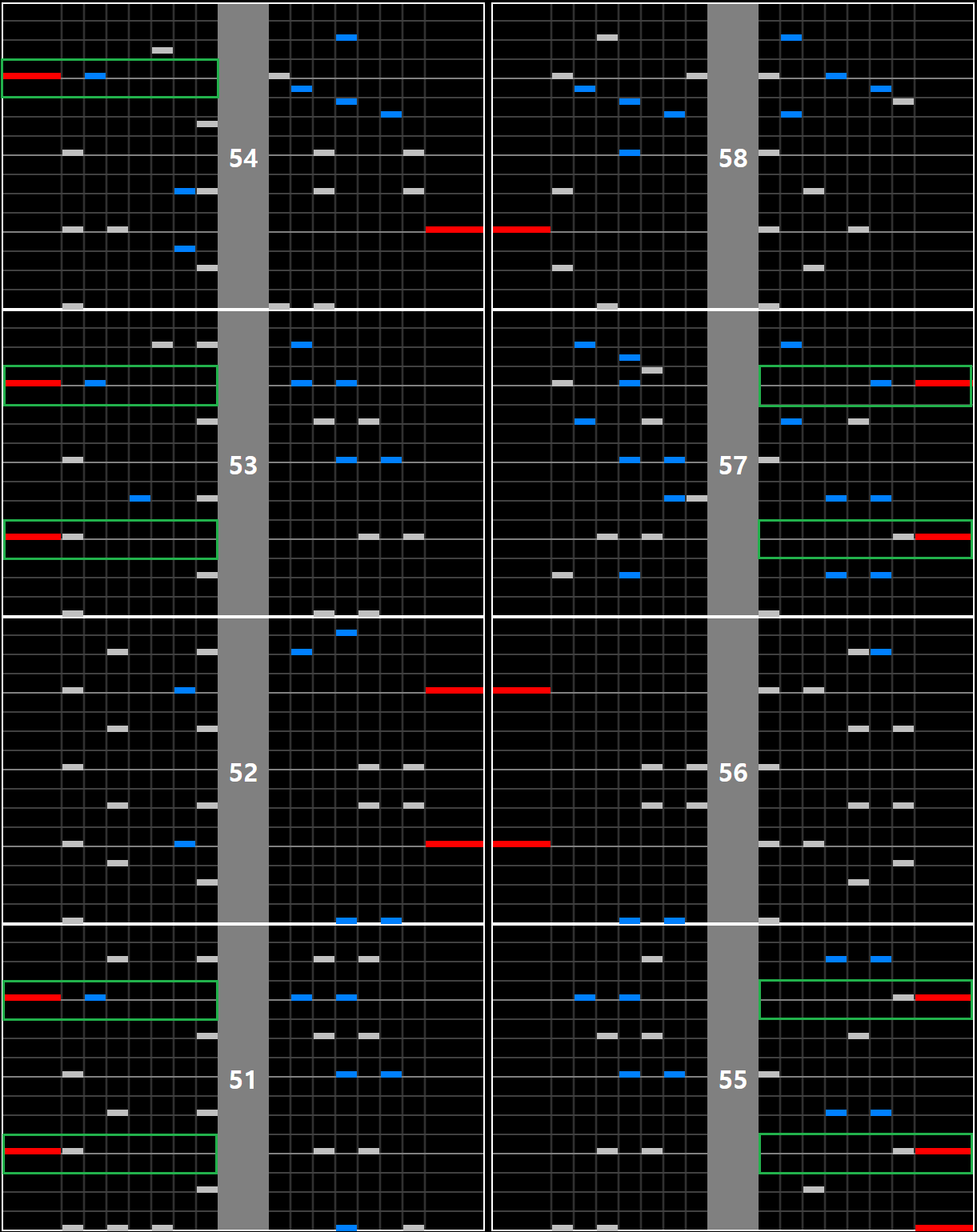 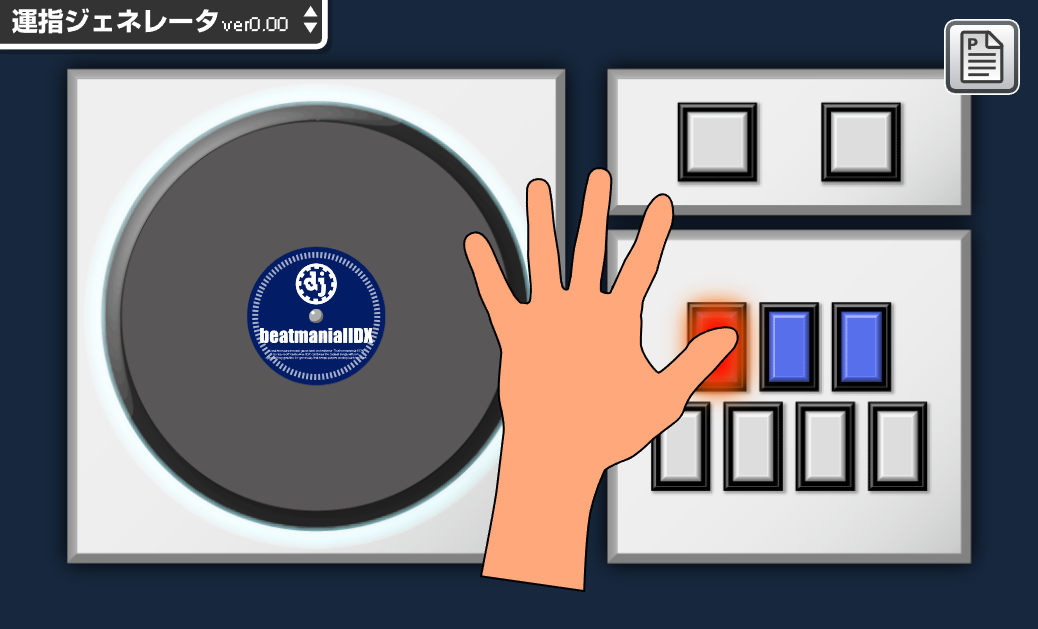 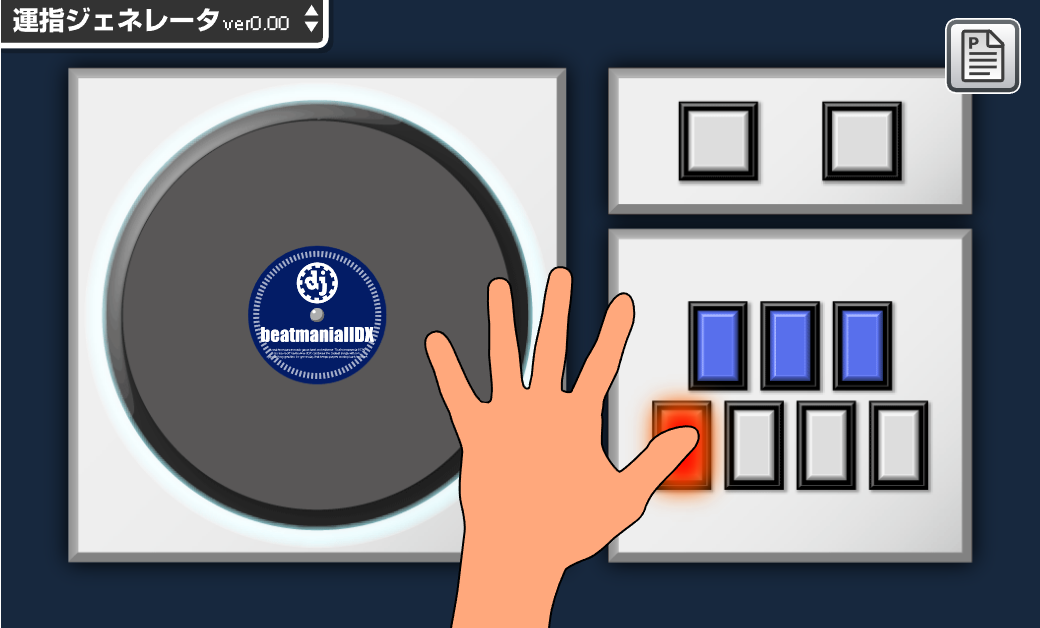 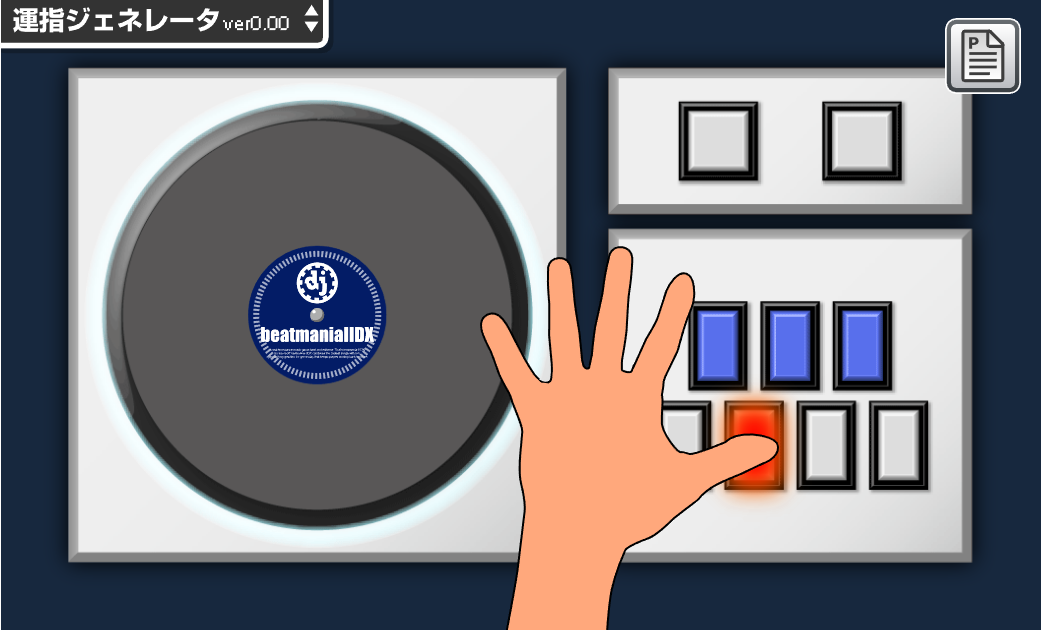 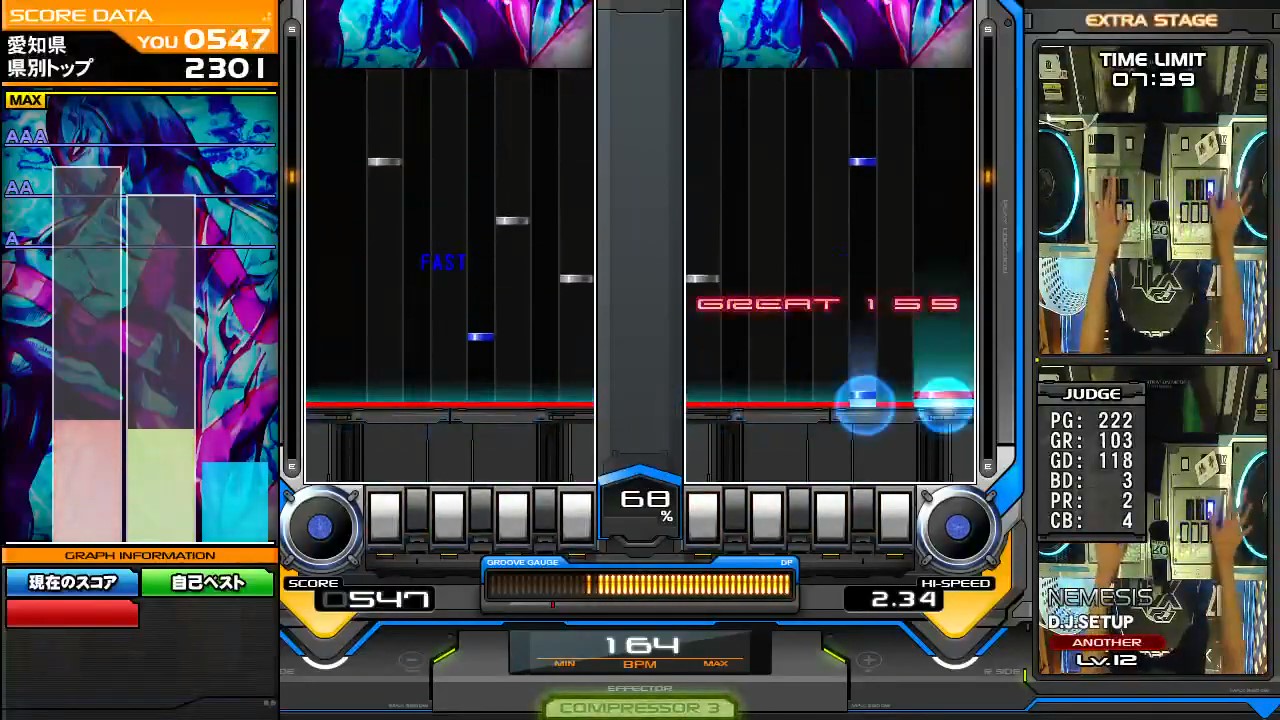 You can use your pinky on the turntable, and use the thumb to hit 1 or 2. You can also use your index to hit 2 but using a thumb is probably better. 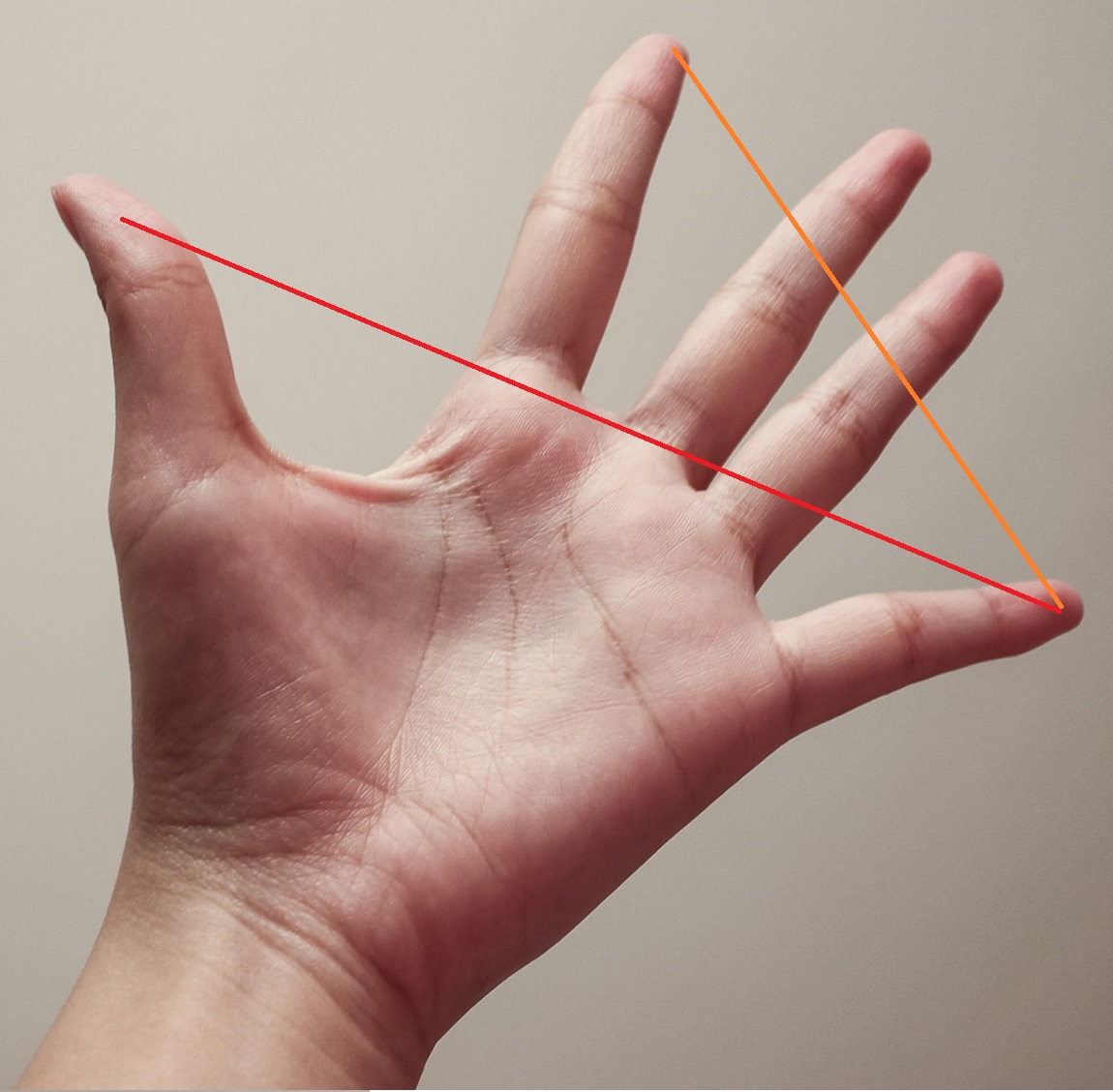 Due to the distance from thumb to pinky, the thumb has a wider range, so it’s a bit more consistent than using the index finger. 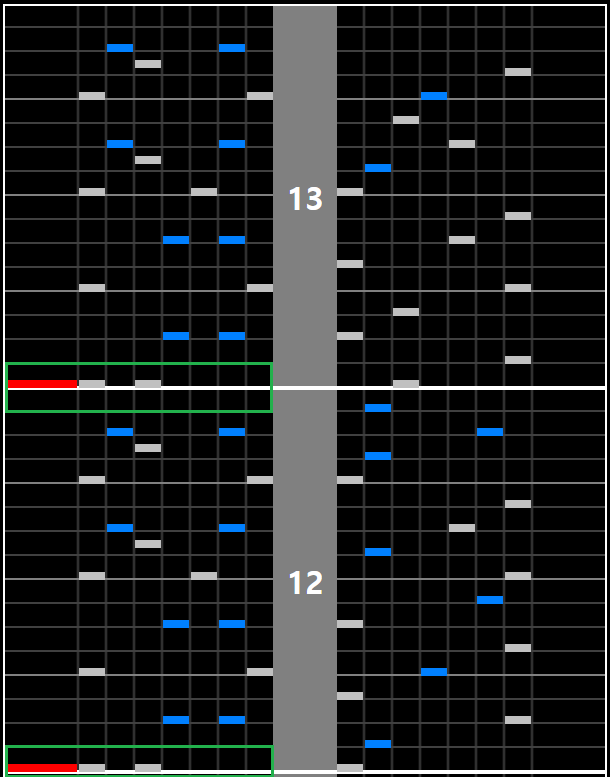 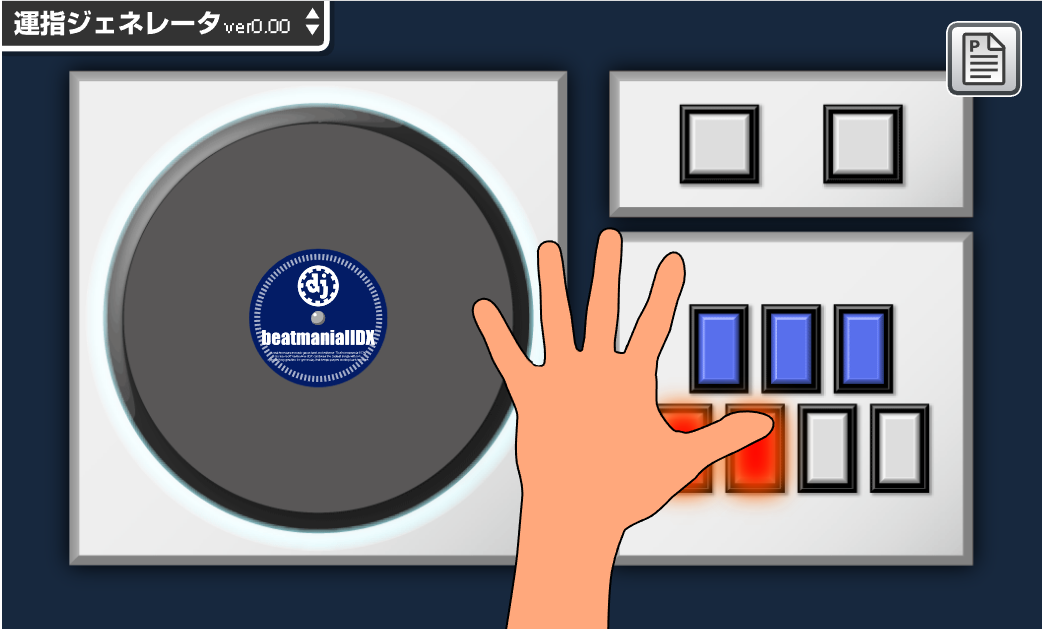 Even if you meet an S+1,3 chord in DP, becha press (aka TAKA.S style from SP) is much better to use.

How to practice impossible scratches

You can practice songs which have this gimmick, but it could be better to focus on adjacent scratches and hand landing first.

Landing (touch down) means moving your hand to the turntable, turning it, and quickly returning to the buttons. This sequence should be done as fast as you can, and your hand should be precisely placed on the buttons.

… may be helpful to learn how.

The theory is that because the turntable takes longer to process than button presses (in terms of input latency), it’s better to turn the turntable first and then to hit the butotns, as opposed to vice versa.

Here are some songs which have this gimmick.